A look at businesses in Okoboji’s historical past… 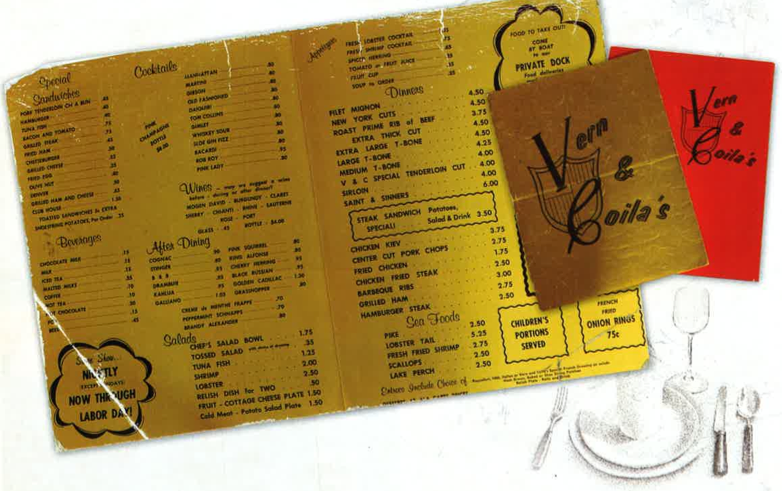 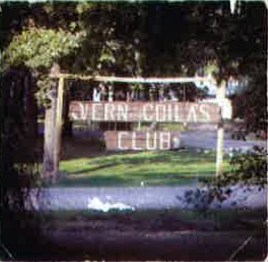 The place bore their first names, a couple which had been scarred by the Great Depression and fought their way back through hope and resiliency. In the summer of 1946 they turned the key to Vern & Coila’s, a restaurant at Pocahontas Point on West Lake Okoboji that would define Okoboji’s nightlife for more than four decades.

There was just something about the place that Vern & Coila Titterington turned into golf on the hillside adjacent to the 80-acre dairy farm that Coila’s parents, Dan and Effie Jeppeson, had owned since the early 1900s. In its ’60s and ’70s heyday, Vern & Coila’s was packed on summer Saturdays with large crowds of revelers who gravitated to the nightclub for the famous fare and the lively show band music.

It wasn’t always so good for the local couple. When Vern tittering ton asked Coila Jeppeson to marry him, the country was in the grips of paralyzing economic woes, and the two struggled to find their niche. A failed hardware store venture led to Coila waiting tables at a café in Arnolds Park, an experience that jumpstarted her rise as a restaurateur.

Returning to live on the farm, Vern & Coila built a tiny grocery store on the property. Urged on by customers to add a restaurant element to the burgeoning business, a tiny five-table dining area was added on. Coila’s pan-fried chicken and homemade pies were hits, and Vern’s bar had returning World War II vets hanging around, sitting on wooden pop crates and spinning yarns.

Coila’s daughter, Marcia Whitney, who was born in the farmhouse, grew up working at Vern & Coila’s, as the restaurant became a way of life for her and her husband, Daryl, and in time, their four children. Vern & Coila’s had become a family affair. And when Vern died suddenly only two years into the new venture at the unthinkable age of 39, Coila and her chargers embraced the burden of running the restaurant with the patron gone.

“Daryl and I were married in the early ’50s, and we worked at Vern & Coila’s every summer while Daryl was a college student,” Marcia remembered. “When Daryl graduated from ISU in 1959, mom asked us if we’d help just one more summer. That one more summer turned into another 30 years.”

Marcia said the staple of Vern & Coila’s success was the acute attention to everything homemade. “We made all menu items from scratch,” she recalled, “from onion rings to salad dressings to pies and special down home Sunday menus.” Signature steaks were hand-cut from aged sides of beef, including the famous “VC Cut,” a tenderloin fillet of high repute. “We did everything the hard way, the right way,” Marcia said.

Coila remained the matron of the restaurant until she suffered a stroke while working a busy Saturday night in 1979. Marcia and Daryl and their children ran the show for another decade until Daryl died in 1989. Marcia sold the restaurant a year later, marking the end of an era in the nightlife of Okoboji.

Marcia’s daughter, Mary Kate Bates, who can look out her dining room window on Des Moines beach and see the silo on the old Jeppeson farmstead to the west, has vivid memories of growing up in the limelight of Okoboji’s hottest nightclub.

“Working at Vern & Coila’s was part of life for me and my siblings,” Bates recalled. “We played all the roles- waitress, bartender, cook, hostess, whatever it took to get the job done. It was all fun.”

Bates said the show bands that played the house in the ’60s and ’70s were especially memorable. “I remember acts like the ‘The Showcasemen,’ ‘Lou & the Kit Kats’ and ‘Stan Gunn’, when every seat was packed and we’d add chairs and tables everywhere we could, ” she fondly recalled. “Those were some magical times.”

Mother and daughter agree that Vern & Coila’s long run- although anchored in disciplined hard work and long, arduous hours- created deep family ties that began with the nightclub’s namesakes and continued through three generations. “The thing I’m most grateful for is that we taught our children the meaning of work, ” Marcia said. “It depended our sense of family, a connection we still share today.”

Mary Kay said the Vern & Coila’s experience enriched her life. “You can have all the formal education in the world, but I still look back on the restaurant days as learning opportunities I’ll never forget.”

Although Vern & Coila’s no longer graces the hill at Pocahontas Point, the memories linger there, Idle by there by boat some summer night, and with a little imagination you can hear the show band music and the laughter and murmurings of the large crowd spilling through the draped windows down to the lakeshore. The end of an era will never take away.