“Most of all it’s that steamer, time you set sail, Ah, the crowd’s always steam in’, Streamin’ and lean in’ on the rail – Jimmy Buffet”

Steamboats ruled Okoboji navigation at the turn of the 20th century. 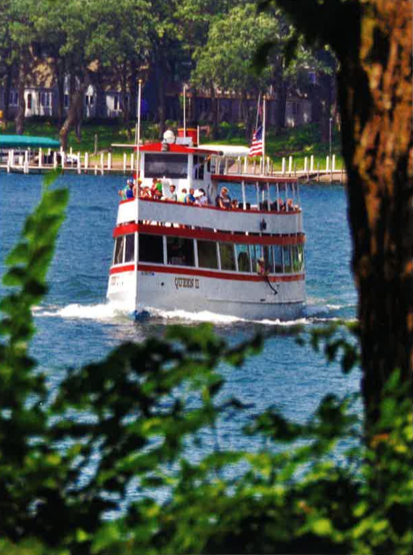 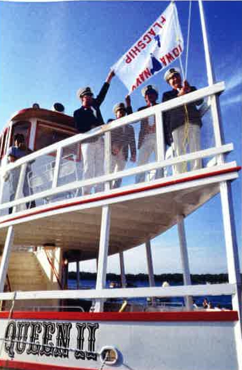 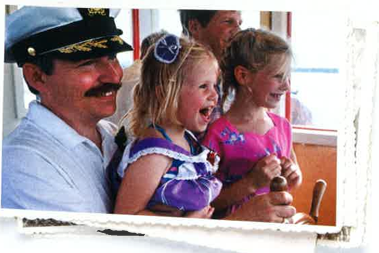 At the apex of the era, more than a dozen of them piled the waters of East and West Lake Okoboji, steamboats large and small carrying the rich and famous to their lakeside destinations at the newly minted Okoboji wonderland.

The first Euro-settlers arrived in the Iowa Great Lakes area in the 1850s. By 1880 the makings of several small towns had begun along the lake shores. Two large railroad systems – the Burlington, Cedar Rapids and Northern (BCR&N) and the Chicago, Milwaukee and St. Paul- laid tracks into the area and began constructing luxurious hotels around the lakes. The railroad companies also built the first steamships to transport their customers from one area to another, the road system around the lakes being patchwork, at best. The steamboats ran on schedules coinciding with the arrival and departure of the passenger trains.

In 1882 the BCR&N brought the 45- passenger steamer Alpha from Burlington and placed her on Big Spirit Lake. Two years later the railroad giant, that had constructed the magnificent 200-room Orleans Hotel on the isthmus between Big Spirit Lake and East Lake Okoboji, commissioned the Dubuque Boat Company to build the steamship Queen at a cost of $7,500. The 250-passenger, steel-hulled craft was launched on Big Spirit and eventually, due to drought and low water conditions, moved to West Lake Okoboji, where she faithfully operated under different ownerships until 1973.

The first three decades of the 20th century was the golden era of steamships in the Iowa Great Lakes. Many steamboats thrived on West and East Okoboji, meeting trains at the north end of West Lake and the towns of Arnolds Park, Okoboji, Spirit Lake and Orleans, depositing vacationers and lock residents at their destinations.

The Okoboji, Queen and Ben Lennox steamboats were too large to negotiate the narrows between Arnolds Park and Okoboji, making daily sight-seeing cruises around West Lake in addition to transporting passengers to venues for business and social events. The Des Moines, Iowa and Sioux City ships, however, followed regular daily schedules from West into East via the swing bridge and up to Spirit Lake and Orleans.

By WWII a network of good quality roads was nearing completion in the lakes area, and the need for steamships as transportation diminished. By the 1930s the last of the smaller steel-hulled steamers had been scrapped, and the only steamboat left on the lakes was her Majesty the Queen. Although her role had been reduced to sightseeing cruises only, passengers enjoyed daily rides aboard the regal lady for another 40 years. The Queen was retired in 1973 and shipped to her final resting place at Adventureland theme park in Altoona.

For the next decade a large void existed on West Lake Okoboji with the absence of the Queen. Things just weren’t the same without sightings of the regal craft on Iowa’s premier lake. By the mid 1980s, with tourism on a downturn in large part due to the farm crisis of that decade, the head of the Iowa Great Lakes Chamber of Commerce fashioned an idea.

The Chamber’s Tom Kuhlman spearheaded brainstorming sessions with Steve Kennedy and other community leaders to bring a replica of the Queen back to the lakes. Fundraising for the Queen II evolved with a wellspring a private donations, anchored by a Small Business Administration loan sponsored by four local banks. Cost of the boat construction was $400,000, with another $100,000 donated in labor by the Dickinson County Homebuilders, who helped construct the 75-foot superstructure on the boat. Palmer Johnson Shipyard of Sturgeon Bay, Wisconsin constructed the aluminum hull of the craft, which was shipped to the lakes area on May 6, 1986.

Communities as far as hour east of town welcomed the Queen II on its route to Okoboji, with many citizens waving American flags and banners reading “Welcome Home Queen.”